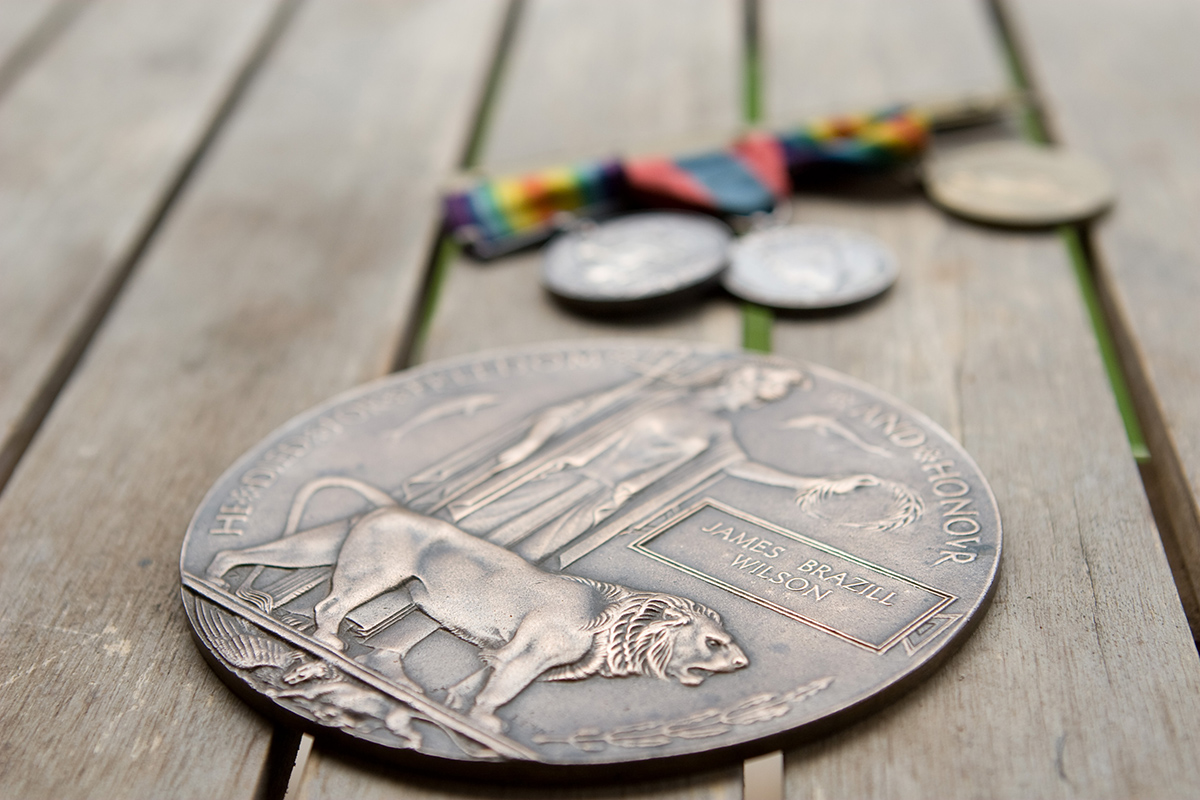 My story begins with my paternal Grandmother Dorothy Douglas Wilson, the quintessential good catholic girl. She was one of four children, the youngest being her only brother James Brazill Wilson. As a child I was always fascinated by the gold locket that my grandmother wore, always requesting she open it and show me the photos inside. All she would say was,

“This is Jim my brother, and this is Neil my youngest son.”

I was happy with those answers and left it at that, not realizing that my grandmother was too heartbroken to give me any further details for fear, I suspect, that I would keep asking questions and she would become upset.

It was many years later and long after my beloved grandmother had died that I found a tiny piece of yellowed newsprint (94 years old in fact) which read;

WILSON.- In loving memory of Lieutenant J.B.Wilson, 52nd Battalion, A.I.F., killed in action at Mouquet Farm, France on the 3rd September, 1916. – Inserted by his mother, father, and sisters.

Dorothy went on to marry Fred Barry a Christian Brother’s scholar and they had four children. When her first son was born, my father, she named him in honour of her deeply missed and loved brother James Brazill, a name my father carried with pride throughout his life. The other photo in the locket, if you are wondering, was of her youngest son Neil who died at the age of 8 after a tonsil operation, an operation my father made sure none of his six children had!

Dorothy’s faith was deep and strong as was she, and it was her faith, I have no doubt, that sustained her through her darkest moments, I know she would be delighted that I have named my Limerick Shiraz after two very important and loved people in her life.

To keep the bloodlines pure, my one hectare of high ground was planted with cuttings from my father’s famed Armagh Shiraz Vineyard just across the paddock. The first release of ‘THE JAMES BRAZILL’ Shiraz was in 2005 which was picked on 2/4/05 the day Pope John Paul 11 departed for Heaven. I followed this with the release of my ‘TERESA’ Riesling in 2008. By the grace of God it has been full steam ahead ever since, and I am delighted to report that I now have a swag of GCG devotees. Many of whom are convinced that the consumption of Good Catholic Girl wines will fast track them to heaven!